The talented singer Billie Eilish’s family owns more than one house but in this article, we will discuss the Billie Eilish House located in Los Angeles. She is such a great singer having a net worth of tens of millions and her talent has been globally recognized, she has won a Grammy award in all four categories.

When her debut song “Ocean Eyes” was released, people went crazy and it went viral in no time because everyone loved it so much. Her style of singing is so unique that it attracted her listeners so much, she is also a songwriter. Billie Eilish and her brother Finneas O’Connell are doing so great in their career.

The early life of Billie Eilish: 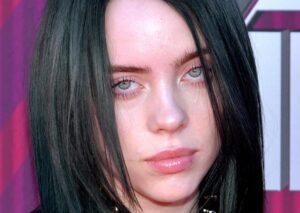 She was born in Los Angeles, California on 18th December 2001, and she was a teenager when her song went viral. Her parents Maggie Baird and Patrick O’Connell were also involved in acting before joining her team.

Billie Eilish Pirate Baird O’Connell is the full name of this talented singer, she lived in her two-bedroom house located in Highland Park and she was homeschooled along with her brother. Billie was always involved in dancing, and gymnastics and loved to do horseback riding.

When she was 8, she took part in Children’s Chorus in LA and started writing songs when she was just 11 years old. Finneas is four and a half years older than Billie and he is a co-writer and producer of her songs. If you want to learn about Billie Eilish house and Billie Eilish address, then keep reading!

Billie Eilish loves to spend time in this home with her parents, it is located in Highland Park in the neighborhood of Los Angeles, California. It has only two bedrooms, one toilet, a kitchen, and a living room. Billie grew up here with her family, her brother moved to a new home in 2019.

Where does Billie Eilish’s brother move?

Her brother invested in two luxurious houses including Spanish Mansion. He bought this Colonial-style house for 2.73 million dollars in Los Feliz, LA and it has five bedrooms and 3 bathrooms. This stylish house has oak wood floors, arched doors, a French stained-glass window, and a sweeping staircase spanning 2 floors.

There is a living room on the ground floor and a lavish fireplace, a dining area, and a kitchen with Saltillo tiles. The Master bedroom is on the first floor and has a closet and a bathroom, it also includes a spa, a separate pool, and a studio. The house’s austere beauty from the outside and cozy, modern interiors capture the real look of Spanish style.

He lives in this Spanish cottage with her girlfriend Claudia Sulewski but he owns another stylish house which is called Malibu Cottage located between the Pacific Coast Highway and Las Flores beach, a little south of Malibu pier.

Why Billie Eilish lives in her LA house?

Everyone was asking Billie Eilish’s address of her home which is located in Los Angeles and wondering why she likes to live here while her brother is buying lavish houses and living there.

It is because she grew up here and she has a lot of childhood memories here in this house. Also, she likes to spend time with her parents whereas her brother has just moved to a new home with his girlfriend.

The most talented siblings Billie Eilish and Finneas are doing great in their singing careers and they are loved and recognized by the people around the Globe. Finneas moved to his new home in 2019 while Billie Eilish spends time at their LA palace.