Read this article to know all the details of Blueface House who is a popular American rapper, he is impressed and inspired by Snoop Dogg. After finding out where Blueface lives, people started searching if his stunning mansion is open for Airbnb. Keep reading to know the answers!

The real name of this rapper is Johnathan Jamall Porter who was born in 1997 in LA and went viral after the release of “Respect My Cryppin” on May 26, 2018. We will discuss more about Blueface and his luxurious mansion which he purchased in January 2020 later in this article.

Early life and Career of Blueface: 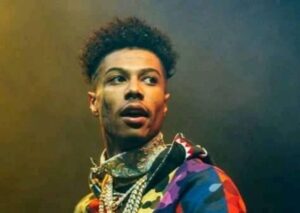 He is from California, LA, and attended many elementary schools before migrating to the Santa Clarita Valley with his mother, however, he eventually settled in Oakland with his father. He then went to Arleta High School, where he joined the marching band and football team.

This rapper even talked about his experience as a football player in one of his songs. Blueface was signed to the Cash Money West record label in 2018 and then in 2019, the remix of his song Thotiana reached number 8 on the Billboard Hot 100 which makes it the most successful track.

Blueface then released his debut studio album “Find the Beat” in March 2020. He even left his studies to start his music career, but we know that he played college football at Fayetteville State University before pursuing a music career.

Where does Blueface live?

He lives in a stunning ranch-style home that was constructed in 1979, Blueface purchased this mansion in 2020 for 1,220,000 dollars and then he renovated it. This beautiful mansion includes an open floorplan, custom tile work, an updated kitchen, a private spa with a private pool, and a huge concrete porch.

Now that you know where does Blueface live, keep reading to know the specifications of his gorgeous mansion:

Is Blueface house available for Airbnb?

Blueface shared the name of his property in his Instagram stories and he called it a “blueGC mansion”. You can stay and enjoy the features of this luxurious mansion by paying some dollars but it’d be worth it as it has everything that a normal person could dream for.

Yes, it is available for rent and you have to pay $2,500 USD with additional fees totaling $3,274 USD for one night. You will get a large hot tub, basketball hoop, home theatre, and outdoor pool, as well as a mezzanine-style structure.

Things you need to know about Blueface:

Jonathan Porter also known as Blueface or Blueface Bleedem is best known for his unique off-beat rapping style. He also collaborated with some of the industry’s most well-known artists, including Drake, Quavo, and Lil Uzi Vert.

Due to his unique style of rapping, he is loved by many people and often compared with Southern rappers Silkk the Shocker and Juvenile, as well as California rappers Suga Free and E-40. He intends to become more successful in his career and works very hard to achieve his goals.

He got many tattoos on his body and the one on his face is of Benjamin Franklin which he refers to as his “signature. In 2017, when he started rapping, he used to put his songs on SoundCloud and Instagram. His first song ‘Deadlocs’ received over 2 million views, which he posted on SoundCloud.

Before signing a deal with cash money in November 2018, Blueface released his debut EP, “Famous Cryp,” which included the “Fucced Em” and “Freak B” in June 2018. It received millions of plays and then he released his second EP ‘Two Coccy’, after that he was unstoppable and doing great in his career.

Blueface whose real name is Johnathan Jamall Porter is a famous American Rapper and his stunning mansion has been in the news which is located in Chatsworth, CA.

We hope you got all the answers regarding Blueface house after reading this article but if you still have any queries, you can let us know by commenting below!